A Book Is the Key To Your Dreams

While working to build my business, I interviewed a top-level executive who was referred to me by my first high-ticket client. He told me about his two-year search for an executive. After being so careful in the hiring process, they brought this man on only to realize he was lacking a key ingredient: he had never been a small business owner or scaled his own business.

His Problem Could Have Been Solved With a Book

Like a flash, I realized that if he had written his story and shared it with the world, he wouldn’t have had to spend two years searching for an executive. The world would have known what he wanted and someone out there would have sent him the exact thing he needed right when he needed it. They might even have been able to spot the mistake he was about to make before he made it.

A $250 Solution To a Million Dollar Problem

That mistake, for the record, cost several million dollars and nearly destroyed the company. Imagine if that mistake could have been avoided by spending just $250 to learn how to write his story!

There are 7 billion people on this planet. No matter what you want out of life, someone out there has what you need and can help you make it happen. All you have to do is connect with them and communicate your desires in a way that shows them how partnering with you to achieve your dreams is going to help them achieve their dreams.

However, until you start communicating that dream, it’s not going to happen because nobody is going to know you want it. You absolutely, positively must open up about your dreams and your desires if you want them to happen. You must be willing to risk ridicule, rejection, and abandonment if you want those dreams to become yours.

Learn to Write Your Book!

Writing a Book Doesn’t Have to Be Hard

Writing a book does not have to take you years or even months. You can write a very thorough book in 10-minute bursts if you are prepared with all the tools you need to take full advantage of every second of the time available to you. I will show you how.

You Can Learn To Write It Yourself

I developed a universal formula for writing any kind of book you want to write that will allow you to write a book that sells because you will begin with the reader in mind, rather than trying to figure out who your reader is after you’ve published it. The step-by-step formula doesn’t just work for books. It works for blogs, articles, and anything else you may need to write in the future. It’s the same formula I use with my upper-end clients who pay me several hundred dollars for a few hours of my time.

The Key To Your Dreams Is Just 8 Hours Away

In just 8 hours you can learn the steps to get from chapter one to done in less time than you ever thought possible. I’ll show you how to create a book that will attract just the right kind of people to help make your dreams a reality and how you can give them the content they need to make them excited about supporting you.

This live, online class is limited to just 20 students so that I can give everyone the time and attention they deserve. It will be held from 9 am to 6 pm MDT on Saturday, June 16th.

Each session will be just 45 minutes long with 15 minutes in between to allow for bathroom or snack breaks and a one-hour break from 1pm – 2 pm to allow for you to get lunch before class begins again.

By the time you leave my masterclass, you will have:

Each session will be recorded and made available to students for two weeks after the class ends. At the end of that two weeks, access to those recordings will be made on a pay-per-session basis. 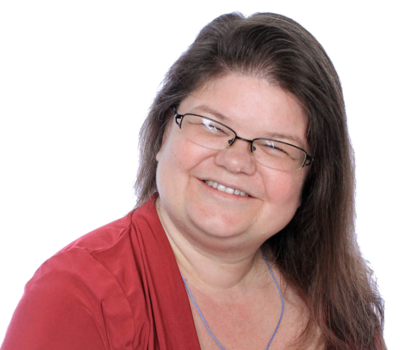 Over 42 Books Written and Dozens Published

Author and entrepreneur Brandy M. Miller teaches you her proprietary Universal Writing System that she uses to write any book in any genre fast. She’s used this technique to write 14 and publish 7 books of her own while helping dozens of authors get their books written and published at the same time.

What I’ll be covering in the class and why it matters.

Understand why people buy so you will know how to write your book so your readers will buy it.

If you don’t know why they buy, you won’t know how to write your book so it will sell.

Your readers want results. Develop your roadmap that will lead your readers from where they are to where they want to be by the end of the book.

Writing without a roadmap is like driving without a destination – how will you know when you’ve gotten where you want to be?

Discover the six universal characters that appear in every piece of writing – non-fiction, memoir, and fiction – and the roles they play in helping your reader get the results they desire.

Characters drive the story and the action in it. They bring the story you’re telling to life.

Create a basic outline that you can use to begin guiding your writing and promoting your book.

An outline gives you a place to start and the steps along the way to get from where you are to where you want to be.

Take your original outline and expand on it. Flesh out more of the details so that when you begin writing, you don’t have to guess what should be written. You know.

There’s nothing more daunting than staring at a blank page. A detailed outline gives you direction.

Learn how to add and define the five essential story-telling elements to your book: time, action, settings, objects, events.

Time, actions, settings, objects, and events are all elements that add interest, move the story forward, and provide necessary information to help the reader understand what’s happening and why.

Learn about mood, tone, lighting, dialogue, and pacing and their impact on the way the reader receives your story.

It’s the little things that add up to make a story – whether non-fiction, fiction, or memoir – compelling and ensures your reader keeps reading all the way through to the end.

Learn how to overcome the inevitable obstacles between you & your finished book.

Every writer faces challenges on the journey to becoming a published author. It’s not the challenges that make the difference but your choices in how you handle them.

Just the class. No upgrades.

A popular plan for busy writers.

A powerful plan to boost your writing!